Since 2005, the Sunderman Wind Quintet has been the resident faculty ensemble at the Sunderman Conservatory of Music at Gettysburg College. The quintet is active in presenting concerts, clinics, and symposia, captivating audiences with their rich tone quality and innovative programming. Performances have included regular appearances on the Sunderman Conservatory of Music recital series, the Musselman Library Notes at Noon series, and ‘Music, Gettysburg!’. They can be heard on concert tours throughout the East Coast and are frequent guests of NAfME regional and state conferences.

The quintet performs an eclectic mix of repertoire that audiences find most appealing and is eager to promote new compositions. In April 2019, the Sunderman Wind Quintet presented a program of new music for wind quintet for the NY Composers Circle in New York City and has premiered compositions by John Steinmetz, Cecilia McDowall, Robert Cohen, John W. Jones and Libby Larsen. We have a great interest in mentoring young composers who are learning to write music for wind quintet. Education is also a major aspect of the SWQ mission. In addition to collaborations with students at Gettysburg College, the SWQ frequently performs at high schools throughout the Mid-Atlantic region; coaching chamber groups, working in sectional settings, and in classes.

In 2018, the Sunderman Wind Quintet released its first CD, Five as One, on the Bel Canto label, featuring the premiere recordings of four new compositions for wind quintet. 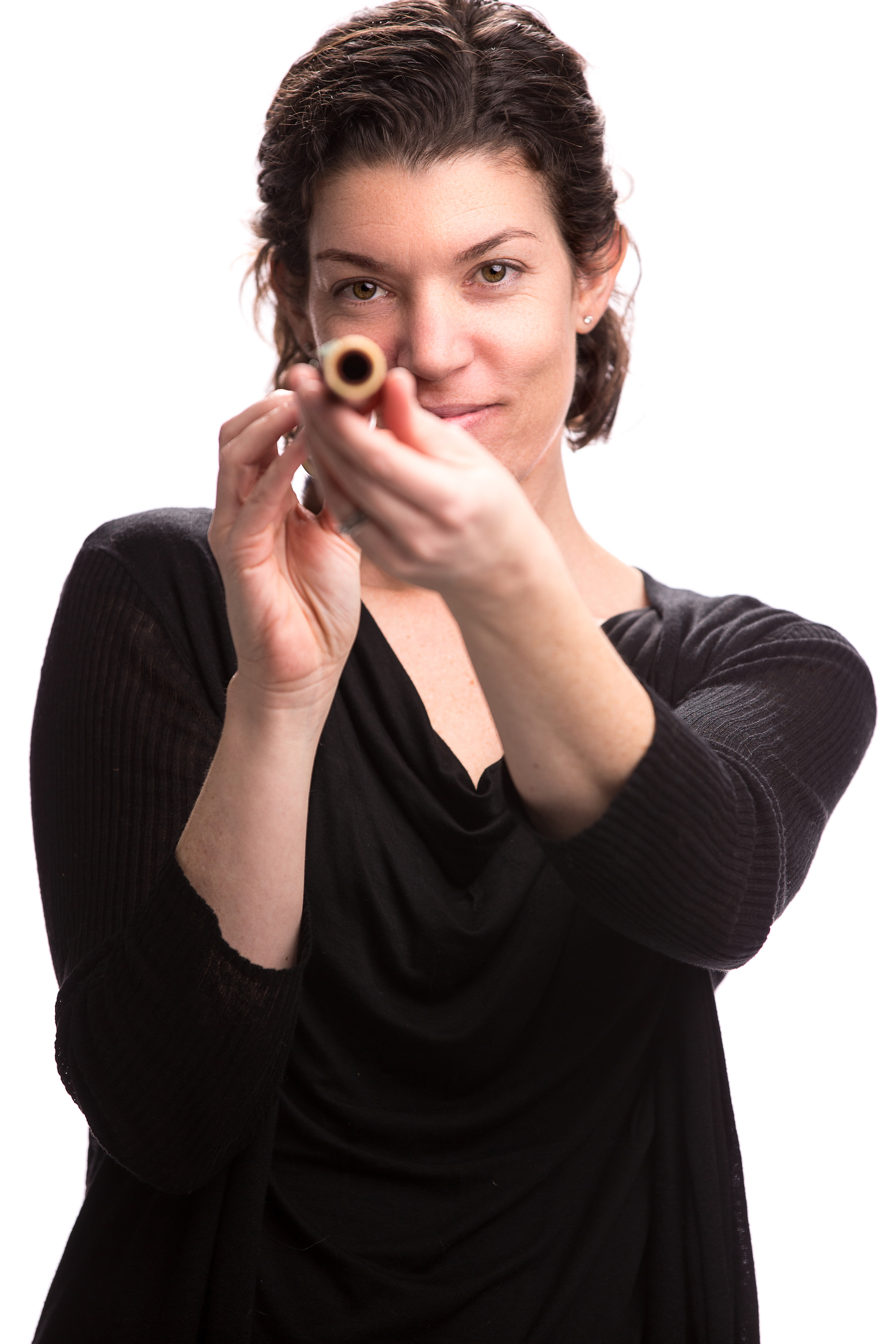 Sarah Eckman McIver is Assistant Professor of Flute at the Sunderman Conservatory of Music at Gettysburg College. She performs and teaches in the Baltimore/Washington region on flute, piccolo and baroque flute. Dr. McIver has appeared as a substitute with Maryland Symphony Orchestra, Annapolis Symphony, Washington National Cathedral Choral Society and the Concert Artists of Baltimore. Regular engagements include third flute/piccolo with the Apollo Orchestra, second flute/piccolo with American Pops Orchestra, principal flute with Opera Camerata of Washington, and principal flute of Maryland Winds. As a chamber musician, Dr. McIver can be heard on flute and piccolo with Peacherine Ragtime Society Orchestra and on traverso with Washington’s Camerata Early Music Ensemble.

For twelve years, Dr. McIver toured nationally with The U.S. Army Field Band giving over 100 concerts per year. She was featured as a concerto soloist on five concert tours. In addition, she was a frequent clinician and performer with the Woodwind Ambassadors Quintet, performing in over a dozen states and territories ranging from Alaska to Puerto Rico. She left active duty in 2015 to diversify her performing and teaching career, and continues to serve in the Maryland National Guard as First Sergeant of 229th Army Band.

Dr. McIver can be heard on a wide variety of recordings, including recent releases featuring music of Libby Larsen (Confessions, Yarlung Records, 2020) and Lawrence Moss (New Dawn, Innova, 2019), and recordings with the Peacherine Ragtime Society Orchestra (including Jazzin’ the Blues Away, Rivermont Records, 2019). Dr. McIver began her studies at Interlochen Arts Academy, and later received her Bachelor of Music Performance from McGill University in Montreal, Canada; Master of Music degree from the Royal Northern College of Music in Manchester, England; and Doctor of Musical Arts degree from the University of Maryland, College Park. 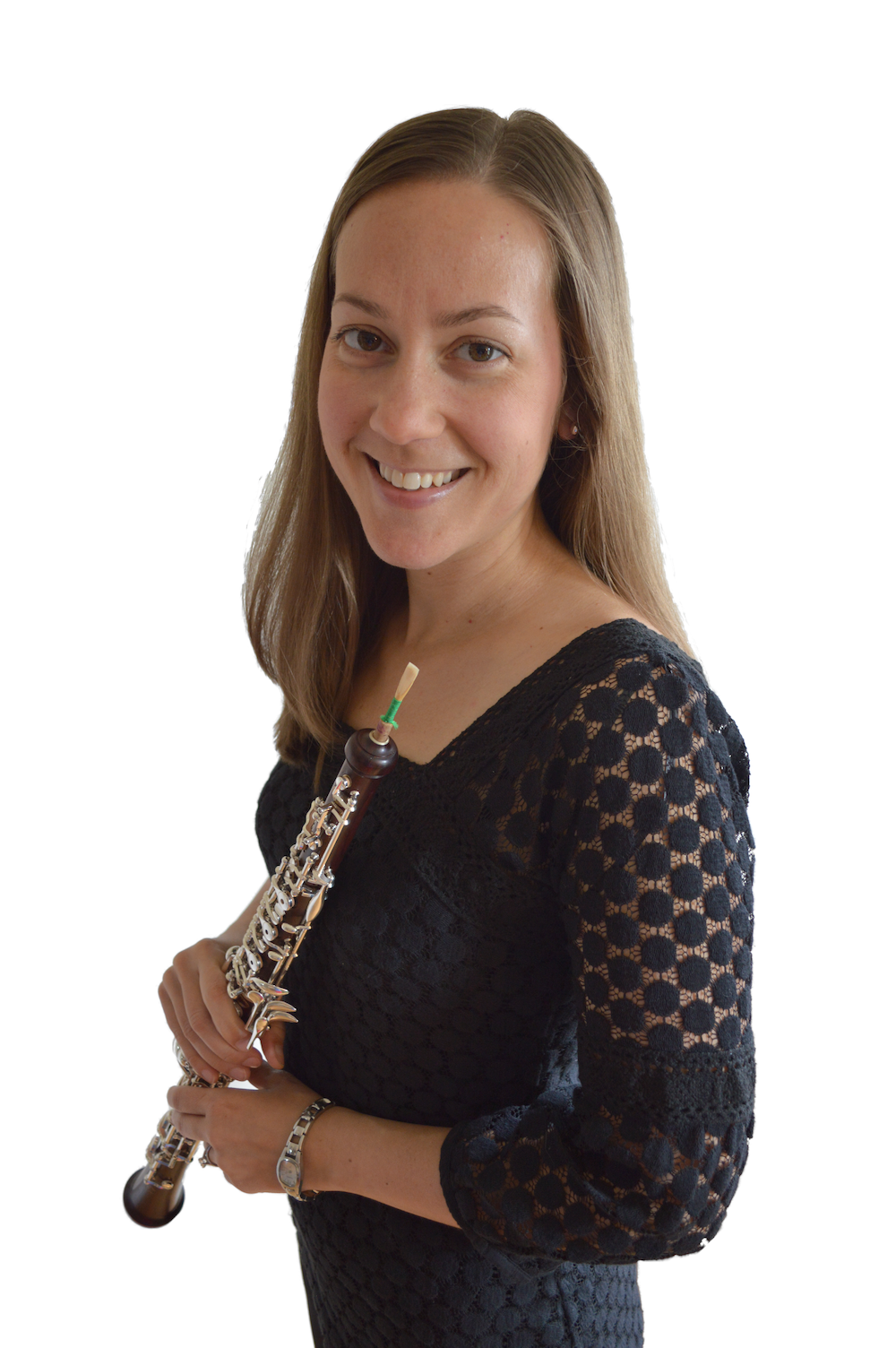 Noelle Drewes is Assistant Professor of Oboe at the Sunderman Conservatory of Music at Gettysburg College. She has served as Principal Oboe with the Apollo Orchestra in Washington, DC since its founding in 2010 as well as Principal Oboe of the Two Rivers Chamber Orchestra in Shepherdstown, WV since 2014, and Principal Oboe of the Gettysburg Chamber Orchestra since 2021. Noelle has appeared extensively as a substitute with the National Symphony Orchestra and NSO Pops on both second oboe and English Horn. While performing with the NSO, she has had the privilege of sharing the stage with such eclectic artists as Gianandrea Noseda, Christoph Eschenbach, Leonard Slatkin, Ben Folds, Sara Bareilles, Renee Fleming, Hansen, Paquito D’Rivera, George Takei, Misty Copeland, and many others.

Additionally in demand as a double reed repair technician, Noelle has been repairing woodwind instruments since 2012. She has appeared as a guest repair specialist at double reed events at the University of Maryland and Shenandoah Conservatory, and was featured on the podcast “Not Your Average Musician” to discuss her oboe repair story among other topics. After working at Lee Lachman’s Woodwind Services for a decade, she now exclusively repairs oboes and English horns at her own shop, as owner of Noelle’s Oboe Workshop in Bowie, MD.

An Ohio native, Dr. Drewes grew up playing in the Columbus Youth Symphony, All-State Orchestra, and the Chamber Music Connection. Noelle received her Bachelor of Music degree in oboe performance from the Ithaca College School of Music, including a semester of study at the Royal College of Music in London, England. She attended the University of Maryland for graduate school, earning both Master of Music and Doctor of Musical Arts degrees. Her main oboe teachers were Mark Hill, Paige Morgan, John Anderson, and Robyn Dixon-Costa, though she has also worked extensively with Nicholas Stovall, Jane Marvine, Eric Ohlsson, Randall Ellis, Robert Sheena, and Ralph Gomberg. 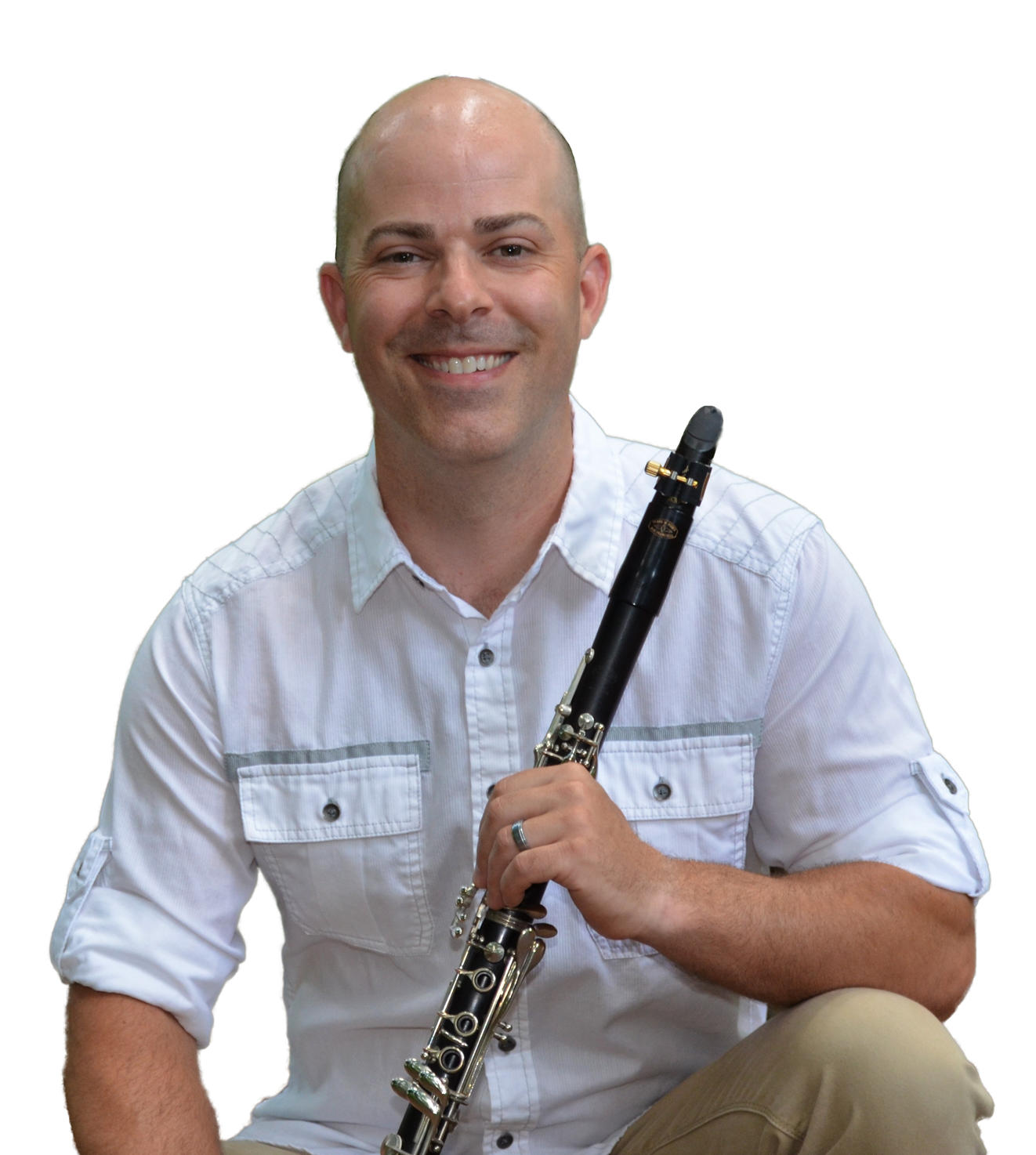 Aaron Scott is Assistant Professor of Clarinet at the Sunderman Conservatory of Music at Gettysburg College. He currently performs with The United States Army Band “Pershing’s Own” in historic Fort Myer, Virginia. Since arriving to the band, Scott has performed concerts, ceremonies, and master classes throughout the Washington, DC metro area and across the United States at notable halls such as the Kennedy Center, The Academy of Music, and Avery Fisher Hall at Lincoln Center. In addition to the Concert Band, he performs with The United States Army Wind Quintet. As one of the premiere chamber ensembles, the quintet performs frequently around the DC metro area, as well as colleges and universities around the nation.

As an active chamber musician, Scott has also performed in a multitude of ensembles and festivals throughout Europe, Asia, and North America. Popular music festivals such as the American Institute of Musical Studies in Graz, Austria, the Opera Theatre and Music Festival of Lucca, Italy, Sarasota Music Festival in Florida, Brevard Music Center of North Carolina, and Hot Springs Music Festival of Arkansas are some of his favorites.Dr. Scott’s prior faculty positions include clarinet instructor at the Stivers School for the Arts in Dayton, Ohio, where he maintained a clarinet studio (grades 7-12). He also served on the faculty at Blue Lake Fine Arts Camp in Twin Lakes, Michigan.

He received a Doctorate of Musical Arts at the University of Cincinnati, College-Conservatory of Music (CCM), where he also obtained his Master of Music Degree in clarinet performance. He earned his Bachelor of Music and Bachelor of Music Education at Youngstown State University, Dana School of Music. Scott’s principal teachers include Robert Fitzer, Richard Hawkins, Steve Cohen, Richey Hawley, and Ronald Aufmann. 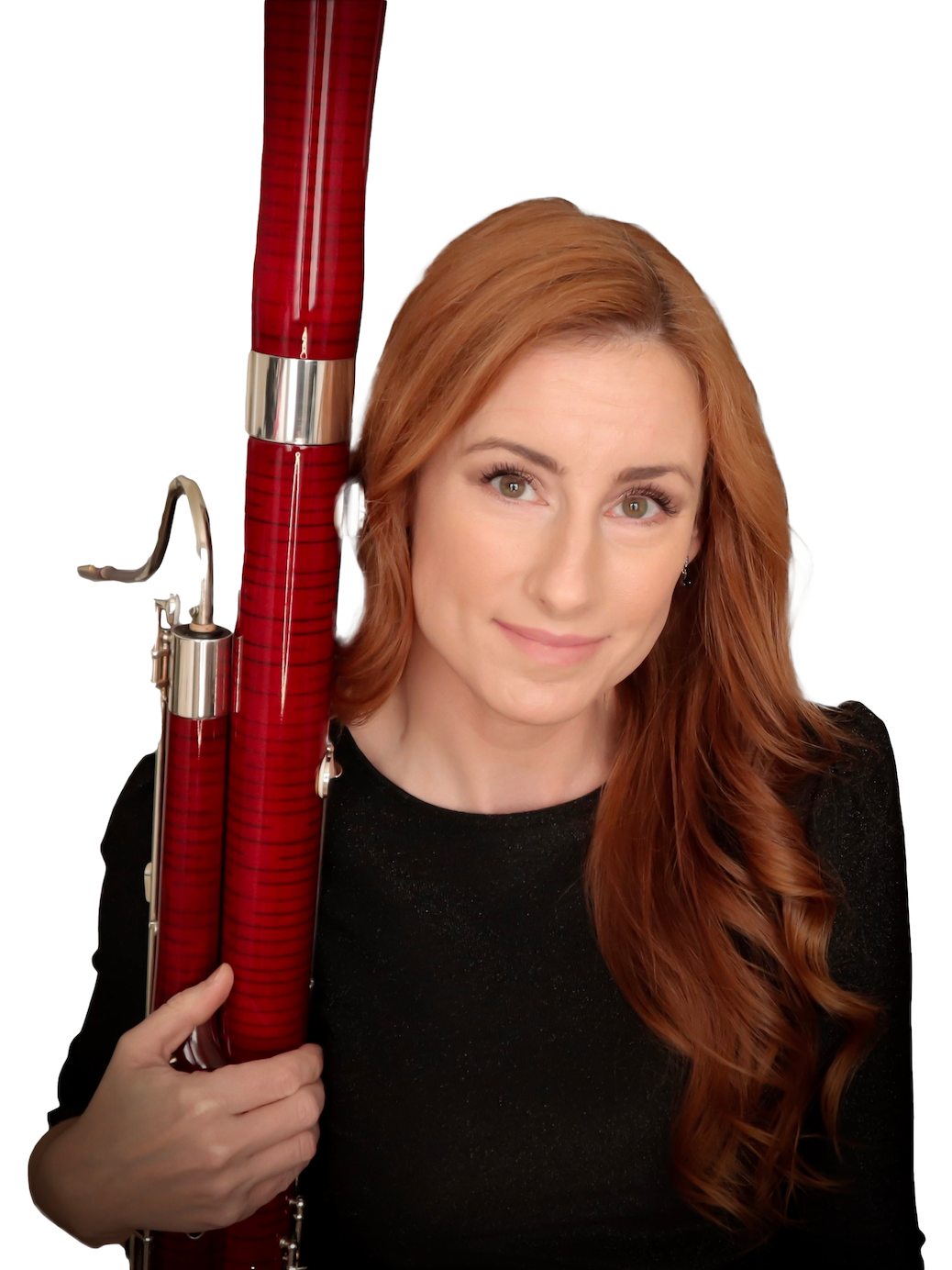 Lynn Moncilovich is Assistant Professor of Bassoon at the Sunderman Conservatory of Music at Gettysburg College, and additionally serves on the faculties of the Music School of Delaware and the Kolker-Moncilovich Bassoon Academy. She was previously on faculty at the University of Delaware and Peabody Bassoon Week.

Originally from Johnstown, PA, Moncilovich holds a Bachelor of Science in Music Education from the Indiana University of Pennsylvania, Master of Music in Bassoon Performance from the University of North Texas, an Artist’s Certificate from Southern Methodist University, and a Graduate Performance Diploma from the Peabody Conservatory. While at the University of North Texas, Moncilovich was a featured soloist with the UNT Wind Symphony. Her recording of the Concerto for Bassoon by Gordon Jacob was released on the GIA Composer’s Collection: Gordon Jacob, and she can be heard on many of the North Texas Wind Symphony and Keystone Winds albums under the Klavier label. Her principal teachers include Philip Kolker, Kathleen Reynolds, Jason Worzbyt, and Wilfred Roberts. 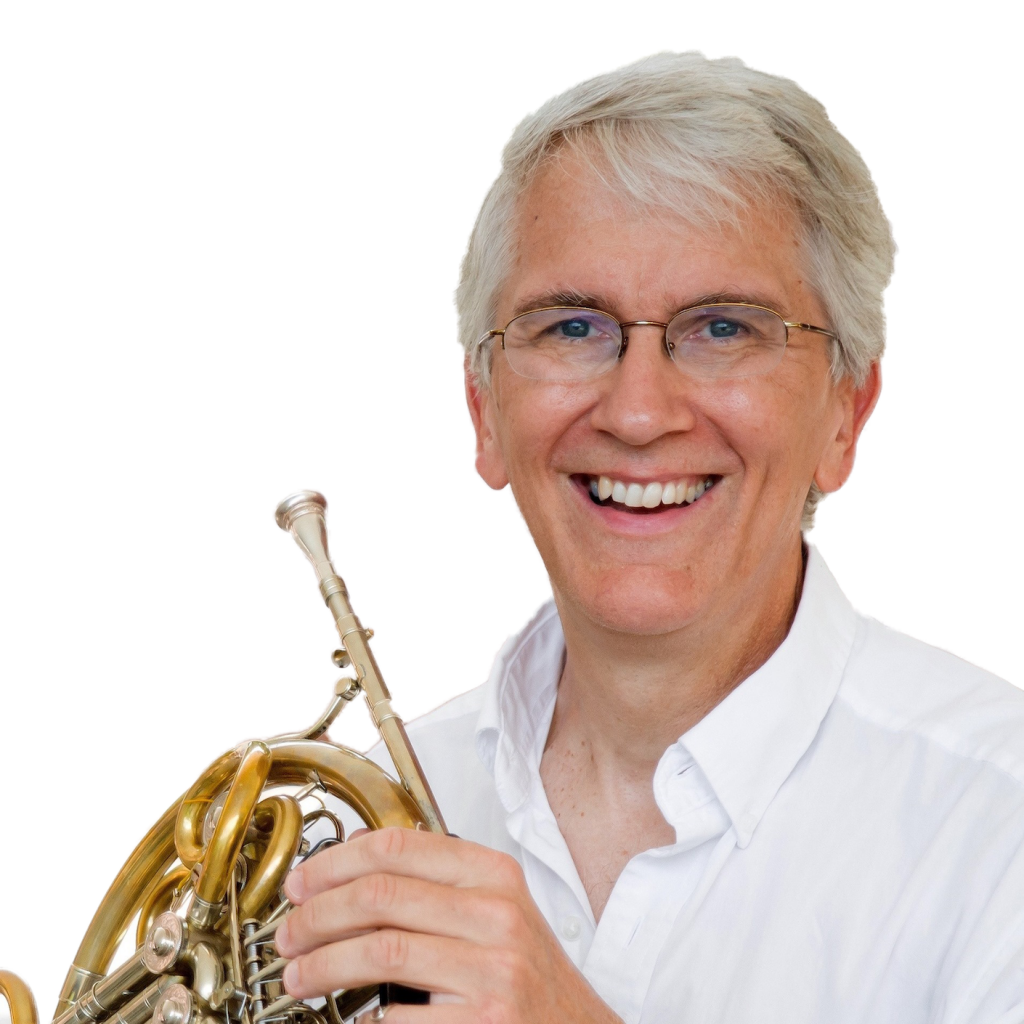 is Assistant Professor of Horn at the Sunderman Conservatory of Music at Gettysburg College. A native of Buffalo, NY, Ken is Operations Manager and Principal Horn of the Baltimore Chamber Orchestra and is also Principal Horn with the Lancaster Symphony Orchestra. Ken has played regularly with the Baltimore Symphony Orchestra since 1997; including three European Tours, several Carnegie Hall appearances, numerous recordings, and extensive work under David Zinman, Yuri Temirkanov, and Marin Alsop. He has also performed with the Buffalo and Rochester Philharmonic Orchestras, the National Symphony Orchestra, Harrisburg Symphony, and Richmond Symphony.

Besides his orchestral and military band touring, Bell toured the U.S. and Europe as principal horn with several Broadway shows, including CATS, The Music of Andrew Lloyd Weber, and West Side Story. He has recently performed as solo horn at the Hippodrome in Baltimore on the Sound of Music and Phantom of the Opera.

As a chamber musician, he has performed at the Library of Congress and the National Gallery of Art. He has been an active arranger and publisher of music for horn and chamber music for over 20 years, and a brass repairman for seven years.

Bell has taught students of all ages, from college students at Catholic University and the College of Charleston to beginning horn students in his own private studio. He wrote and produced an interactive history of the horn, as part of “BSO on the Go” at Strathmore Hall.

His teachers have included John Park (Buffalo), Roy Waas (Cleveland Orchestra), Milan Yancich and Verne Reynolds (Eastman), Ted Thayer (National Symphony), Julie Landsman (Metropolitan Opera), and Denise Tryon (Philadelphia Orchestra). His teaching is based on strong fundamentals, and reflects the philosophies of Philip Farkas, Carmine Caruso, Arnold Jacobs, and Milan Yancich. Literature is chosen from the standard solo and orchestral literature, as well as etudes from Kopprasch, Gallay and Maxime-Alphonse. Horn ensembles from duet to large horn choir are a regular part of the curriculum.